TOPIC 7:
WHY THEY WENT WEST

They Went to Build the ﻿Railroads﻿ 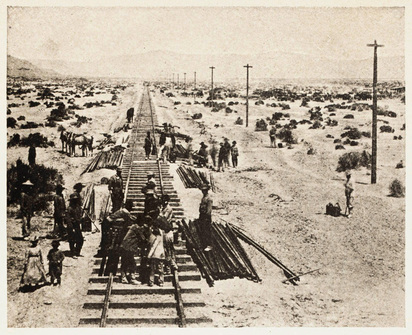 A transcontinental railroad is a railroad that crosses over an entire continent.  In the 1860s, the United States began constructing its first Transcontinental Railroad.  When it was completed, the Transcontinental Railroad stretched from the East Coast of the United States to the West Coast.  No longer would people travel in long wagon trains that took months to reach California.  They could now travel faster, safer, and cheaper by train. In addition to people, things like mail, supplies, and trade goods could now be shipped across the country in just a few days. The railroad was built between 1863 and 1869 by two railroad companies who raced to see which could lay the most track the fastest.

They Went for New Technology 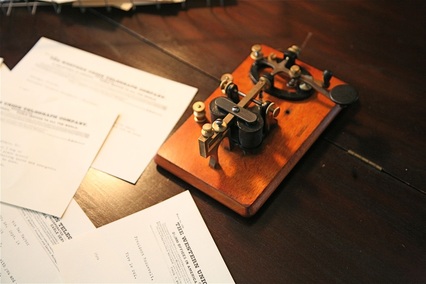 During the 1800s and early 1900s there were many new technologies created to help save time and make life easier.  Many of these technologies were developed in the fields of transportation and communication.  New inventions like the the steam locomotives, steamboats, the streetcar, and Pullman railcars changed the way people traveled.  New innovations in construction and infrastructure allowed builders to construct canals, turnpikes, and tunnels through rocky, mountainous terrain.  The telegraph and Morse Code vastly improved communication.  It allowed people to communicate over long distance in just a short amount of time.  The telegraph eventually led to the invention of the telephone.  Inventions such as the mechanical reaper, dynamite, sewing machine, and fountain pen were inventions that helped people perform their jobs faster.  Blue jeans, rayon, and zippers were inventions that changed the way we dressed.  These were only a few of many inventions that changed life for Americans and made moving to, traveling to, communicating with, and living in the West easier.

They Went for New Opportunities﻿﻿ 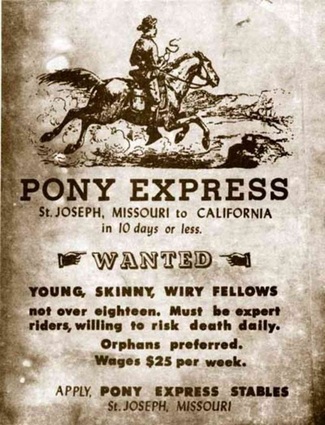 People also moved to the West for new opportunities.  Many different types of people wanted many different things. Some of these people were emigrants.  These people moved West  from the Northeastern or Southern United States.  Others were immigrants.  These people moved from other countries to the Western United States.  Whether they were emigrants or immigrants they all came for a chance to have a better life.

Missionaries went West to spread Christianity.  African Americans went West to escape slavery or to start new lives.  Criminals went to escape their past.  Farmers went West for opportunities to own their own land and make their own money.  Businessmen and tradesmen went to establish new businesses and industries in railroads, cattle, logging, and mining.  Merchants went for a chance to open their own stores.  Some people moved to get jobs constructing these new businesses and working in these industries.  Some people went to make a living robbing from these new businesses and industries.  Young men went for adventure, taking jobs as trail guides, Pony Express Riders, cowboys, gamblers, and lawmen.  Women went for opportunities to do jobs that they were not allowed to do in the East, like practicing law, medicine, and owning businesses.   Some actors, entertainers, artists, and musicians went to bring culture and entertainment to the untamed West.  Finally, journalists, photographers, and authors went West to document it all.

They Went to Be Cowboys﻿ 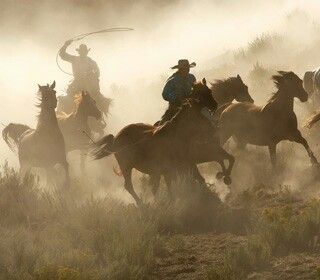 Cattle ranching began before the Civil War, but it did not make very much money because there was not enough people interested in buying beef. By the end of the Civil War however, railroads had expanded westward.  These railroads led to the birth of the cattle industry.  Ranchers went west to begin cattle ranches.  Ranchers hired cowboys to gather the cattle from the range in south Texas and drive them to cities in Kansas where the railroads had reached.  Cowboys played an important role in the settling of the west. Ranching was a big industry and cowboys helped to run the ranches. They herded cattle, repaired fences and buildings,  took care of the horses, and led cattle drives.  Cowboys started their very own culture.  They had a cowboy code for behaving, wore a certain type of clothes, developed their own sports for entertainment, and developed their own form of music.

They Went to Bring Law and Order﻿﻿ 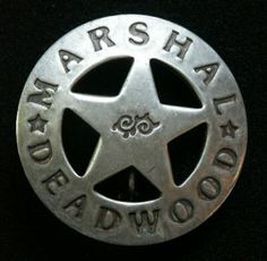 Lawmen were desperately needed in the West, especially in cattle and mining towns.  Local law officers struggled to maintain law in order in these isolated areas of the West.  Many places did not even have local law enforcement.  So, U.S. Marshals tried to help local law officers bring criminals to justice and keep law in order in the West.   Because the West was not very populated, it was easy for criminals to get away and hard for town law enforcers to catch them.  In reality, many U.S. Marshals and Deputies died trying to maintain law and order in the Wild West.  Eventually crime became so bad, vigilante groups formed to bring criminals to justice.  Over the years, tall tales emerged that combined the stories of U.S. Marshals and vigilante lawmen.  These are the legends we know today of the Wild West.

They Went West to Build Cities 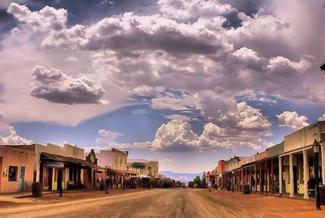 During the 1800s and early 1900s the West became more and more populated.  Many towns and cities began to develop in the West very quickly and experienced a great increase in population over a small amount of time.  These towns were called boomtowns.  Most boomtowns popped up because they were near a natural resource that people wanted or needed.  Mining towns were boomtowns that developed next to areas where gold, silver, or other minerals were discovered.  Cattle towns were towns were cowboys and ranchers drove cattle to load them on trains to be shipped.  Railroad towns were towns that were loading and unloading places for passengers and freight.

Other towns, like Deadwood, South Dakota continued to flourish.  Some towns grew into big cities.  Salt Lake City, Utah and Las Vegas Nevada both became thriving metropolises.  Soon, architects, engineers, and developers began working to make these cities easier to travel through and better to live in.  A good example of this is the city of San Francisco, California.  Some towns died out and some became urban centers - a town's survival depended on the availability of natural resources and developers who were willing to take a chance on investing money.

They Went to Be Entertainers 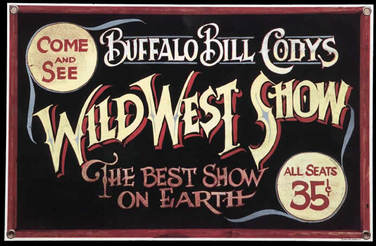 As people moved West, different forms of entertainment developed.  Saloons were a common form of entertainment in mining and cattle towns.  In saloons there was music, drinking, and gambling.  Towns with saloons often had a high crime rate.  Wild West Shows were another type of entertainment that developed.  Wild West Shows were shows where people acted out skits and performed by sharpshooting, lassoing, and doing stunts on horses.  Circuses also became popular in the West.  Circuses were usually performed under tents and featured acrobats, contortionist, animal tamers, snake handlers, fortune tellers, and freaks.  Traveling theater was one of the most popular forms of entertainment.  Actors traveled from town to town to perform the classics as well as new plays.  Rodeos were another form of popular entertainment.  Rodeos were sporting events where people competed in different horseback riding and cattle roping competitions.  It was made popular by cowboys.  Though the West was a difficult place to make a living, it did not lack entertainment.

They Went to Deal With Native Americans 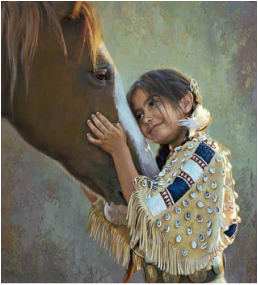 You will answer this compound question in your small groups.
What groups moved Westward in the 1800s and early 1900s?  Why did these people move to the West?
To do this, you will work backwards.  You see each of the 13 reasons for moving West are in the headers of the reading.  You will record these in the left column.  Find which groups of people came for the reason listed in the paragraph below each header.  In the right column, record the groups of people who went West for this reason.  Finally, as a group, work to write one, "Great Answer."  This will not be a short answer.  It will be long!  When you fully answer a question, it will not be done in one sentence.

Speaking of sentences... Of course, all answers will need to be in PQA.

ATTENTION SLACKERS!
Do not think you will just let the over achievers do all the work.  I will be monitoring you and will choose people to present what you have written.  I will be asking YOU questions in whole group discussion.  Everyone must participate!

Why and Who Organizer

A Lesson Chronicles Activity is an individual activity where you prove that you accomplished the lesson mission.  Lesson Chronicles require you to keep a notebook or journal with a table of contents.  Each entry should be dated.  First, you write the lesson mission.  Then you prove you "can do" whatever the mission says by answering the essential question of the lesson in PQA format.  Remember PQA format means "Put the Question in the Answer".

DIRECTIONS:  Work by yourself to prove you have completed today's mission successfully by answering the essential question for today.


What groups moved Westward in the 1800s and early 1900s?  Why did these people move to the West?

What groups moved Westward in the 1800s and early 1900s?  Why did these people move to the West?

Mission Accomplished:
(Record Your Great Answer from the Small Group Activity Here!  I am not giving you the answer this time!)