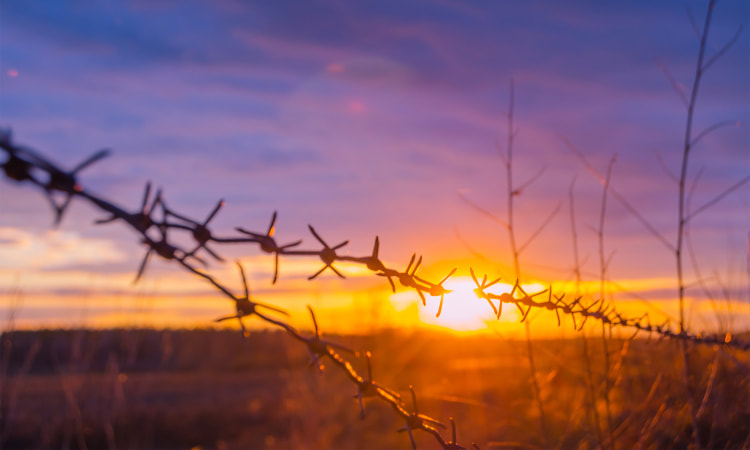 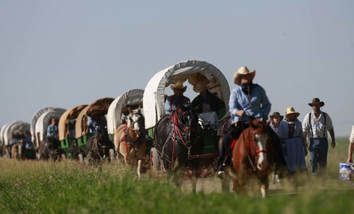 After the Civil War, our family along with fifty other families, crossed the Mississippi River and entered the Great Plains.  The Great Plains were a large trek of land in the middle of the country.  We were headed for the Nebraska Territory with dreams of owning our own farm and starting a new life.  The government told us few people lived there and they wanted people to move there and farm.  They promised us 160 acres of land if we would work the land for 5 years.

When we arrived, the area was enclosed with a wire fence.  A sign read "Brighton Ranch Company's Pasture Land.  No Trespassing."  We had to backtrack almost 30 miles to get to the local government representative of the government land.  The representative served a notice to the ranch company to remove their fence.  He said he would give them 30 days.   So, for 30 days we camped near the town and waited.  ​ 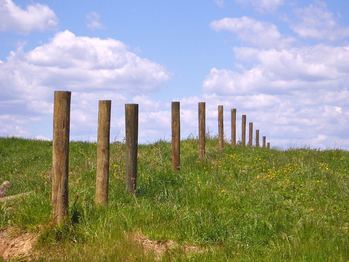 After 30 days passed, we broke camp and traveled back to our land.  The ranchers had not removed the fence or the signs.  My father and the rest of the men took down the signs and began removing the fencing.  Then we gathered the fence posts and used the posts to make the roofs for our communities new homes.  Roofs in those days were made by laying a large log, called a ridge log, lengthwise of the building at the top. The fence posts were then laid up to form the rafters. Brush was used between the rafters and then covered with one or two layers of prairie sod.  Finally, a thick coat of yellow clay was applied to the top to keep out water.

All our families began planning how we would work the land and begin our new lives.   After a few days, a large group of lawmen and ranchers rode up on horses to our homestead.  I could not hear much of what they said to my father and the other men, but I knew it was not good because my mother looked worried.  All of a sudden, the lawman began loading our fathers on wagons.  My mother began crying and ran to the wagon, but a rancher stopped her.  The ranchers were having our fathers arrested for stealing their posts!  They would not move off of our property and now they were having our men arrested for stealing posts from our own land!  A rage began to well up inside of me, but it was nothing to the rage I felt with what happened next. 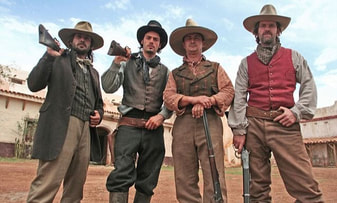 After the lawmen left with our fathers, the ranchers hitched heavy chains to their wagons.  They attached the chains to the poles on our home.  The wagons pulled by 4 mules each, pulled the poles from our home.  Our house collapsed to the ground.  They did this to all the other families homes as well.  Many of the women cried.  Some threw their pots and pans at the ranchers.  The cowboys just laughed and continued destroying our homes.  If they saw something that belonged to us in the wreckage, they took it.  Some of the teenaged boys tried to stop them, but the men pushed them to the ground and made jokes about how weak the boys were.  With every house they destroyed, they laughed and made fun of us. 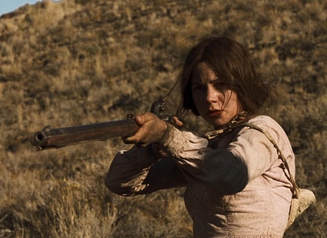 When the cowboys got to Mr. King's house, Mrs. King greeted them with a 12 gauge shot gun!  She dared them to do the same to her house.  She told them, "My father taught me to shoot well, but more importantly, he taught me how to clean the kill!" The men joked about how she was more of a man than her husband, but left her house alone.

As the cowboys destroyed the homes, they did not know that my mother had sent my brother to town on our fastest horse.  He announced it to the townsmen.  The townspeople did not like the cowboys.  The cowboys caused trouble every time they came to town.  The townsmen were furious that the cowboys would destroy good families' homes.  A large group of townsmen gathered together to come and help us while our fathers were in trial.   ​ 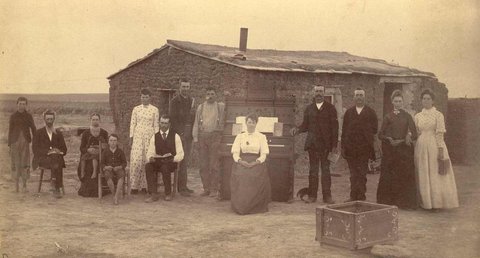 The head rancher, Mr. Brighton, was attending our fathers' trial.  He heard the commotion in the town and sent a messenger to warn the cowboys that the townsmen were coming for them.  The messenger beat the townsmen to our land.  The cowboys got scared and began whipping the mules to get out of there fast.  The rough prairie land caused the poles to fall off the wagon leaving a trail of poles in their wake.

The next day, our fathers' trial ended.  The court said that the ranch company had no case against the settlers because the land was not rancher land, but government land given to the settlers.  Furthermore, because the land belonged to the settlers, they had every right to remove the ranchers' unlawful posts and do what they wanted with them.  The best part of the ordeal was that Mr. Brighton and the cowboys were arrested for tearing down our homes.  They went to trial and were found guilty.  They had to spend a day in jail and pay each family $25 for the destruction of their home.  We were free!  The Nebraska Territory was our home and our future was bright once again!
This story is a fictitious telling of an eyewitness account.  The original story is cited below:

"Ranchers and Farmers Collide in Nebraska, 1884" EyeWitness to History, www.eyewitnesstohistory.com (2005).