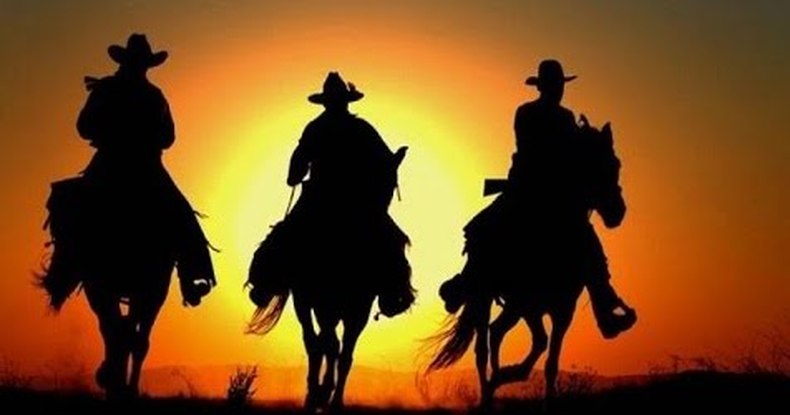 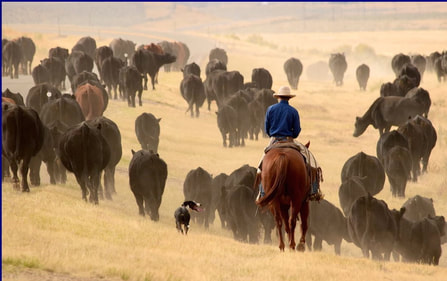 My father and mother moved to the Nebraska Territory from Texas in 1850.  My father was a business man.  He owned a cattle ranch.  He worked hard and his business thrived.  By the time I was born in 1855, he had 100 cowboys working for him.  They managed the cattle and the farm.  They also drove the cattle to cattle towns  to be sold.

When the Civil War ended in 1864, my father had created holding pastures for the cattle.  These holding pastures were areas of pasture along the cattle drive route to a cattle town that allowed the cowboys to keep the cattle pinned up while they set up camp for the night.  It could take a month to get cattle from the ranch to a cattle town.  Without these pinned pastures, cattle could wander off and that would cause our cattle business to lose money.

We had a great life in the Nebraska Territory.  My father was a respected businessman, my mother was adored by the society women of our town, and my sister and I did not have to attend school with the local kids because our mother hired private tutors.  Well, it was great until the government passed the Homesteaders Act!  The Homesteaders Act promised people 160 acres of land if they would move to the Nebraska Territory and farm it for 5 years.  They said that the area needed to be populated!  Unbelievable!  Were we not populating it by living here already!

One day, the sheriff arrived at our door.  He handed my father a piece of paper and told him that the holding pastures were illegal.  We had 30 days to remove the fencing because there were settlers wanting to move onto the land. 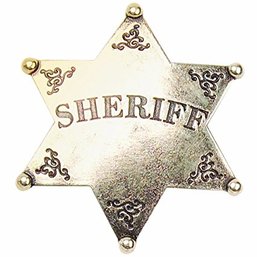 My mother said, "We have been here for years.  Way before these settlers arrived.  These holding pastures are ours!  If we have to take them down, we will lose a large amount of money."

The sheriff said, "I am sorry mam, but the land is legally government land and it has been given to settlers who have agreed to work it."

I could tell my father was angry, but he kept his cool.  "What about us?"  He asked.  "The point of the Homestead Act was to populate the Territory.  We have been here using the land for over 15 years.  We have a thriving business that contributes to the economy.  This is not fair to us."

The sheriff just looked at my father and said, "I am sorry sir, but you will need to take down the fence.  You have 30 days."

After this, he tipped his hat, walked back to his horse and rode away.

​My father turned to my mother and said, "Don't worry.  I will take care of this." 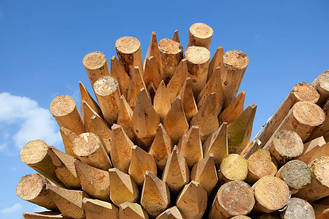 My father knew that legal matters could be held up in the court system for a long time.  He decided to keep up the fences around the holding pastures in hopes that the settlers would get tired of waiting and choose another area to settle.  In the meantime, he would build holding pastures in different places so that he could still drive the cattle to town after the courts settled the issue.  On the thirtieth day, I rode with my father and the cowboys to the holding pastures to see what the settlers would do.  What I saw made me so angry!  The settlers were taking down our fences and using our wood poles to build their homes!  Do they not know that wood is scarce and expensive out here!  The poles they stole were worth a fortune!
We rode to town as quickly as we could.  My father went to the sheriff and told him what the settlers had done.  The sheriff gathered all of his his deputies.  They packed their horses and rode with us to the holding pastures.  When we got there, the sheriff told the settlers that they had to give the poles back to us.  The settlers had the audacity to say that because they were not taken down, the poles belonged to them now.  The sheriff explained that the land was theirs but the poles were not.  They had to give them back to us or they would be arrested.  Those stupid farmers refused!  So, the sheriff and deputies arrested them and took them back to town for trial. 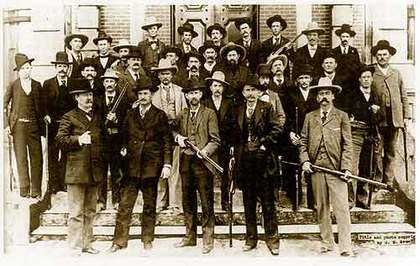 My father and I rode back to town to go to trial and left the cowboys to collect the poles and return them to the ranch.  Why was there going to be a trial?  These settlers were clearly breaking the law.  My father told me that anytime someone was accused of a crime, they were entitled to defend themselves in a court of law.  The trial was so boring, but it did not stay that way.  We heard a boy yelling in the streets that cowboys had destroyed their homes.  My father and I left the courtroom and met with some of the cowboys that came with us to the trial. My father said, "It looks like the settlers are trying to make trouble for us with the townspeople."  Just then we saw men packing their horses and talking about setting these cowboys straight.  My father sent one of the cowboys ahead to warn the ones who were getting back our poles that there was going to be trouble.  My father and I went back to the trial, but the judge had said that court was ended and a verdict would be rendered the next day.  ​
The next day, the court gave its decision.  The judge said that the ranch company had no case against the settlers because the land was not rancher land, but government land given to the settlers.  Furthermore, because the land belonged to the settlers, they had every right to remove the ranchers' unlawful posts and do what they wanted with them.  My father stood up and said, "This is outlandish!"  The judge ordered him to be silent.  So, we left the courtroom and started preparing for our journey home.

​The day we went to leave town, the sheriff came to my father and said that he was under arrest!

"What for!"  returned my father.

The sheriff said, "You ordered your men to trespass on settler's property, destroy their homes, and steal their wood poles."

"Those were our poles!"  I screamed!

​"Well your father and his men can sort it out with the judge." the sheriff said.

My father and his men had to spend the night in jail.  They went to trial and were found guilty.  They had to spend a day in jail and pay each family $25 for destroying their homes.  I can't believe it!  The government my father believed in... the government that said everyone was free and equal.... the government that believed in fairness.... did this to us!  What has our world come to!
This story is a fictitious telling of an eyewitness account.  The original story is cited below:

"Ranchers and Farmers Collide in Nebraska, 1884" EyeWitness to History, www.eyewitnesstohistory.com (2005).