Know what you will be able to do when the lesson is over.

I can explain American isolationism after World War I.

Prepare the header for your portfolio entry for today.  List the entry in your table of contents.

As a class, we will take turns reading the class reading below. 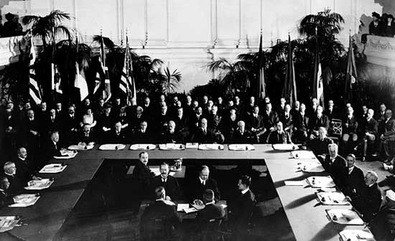 Delegates to the Washington Naval Disarmament Conference
The major naval powers of Britain, France, Italy, Japan and the United States all met in Washington D.C. in 1921 to resolve disputes over their territories in the Pacific and to discuss reducing the size of their navies.  Many pacts were made during the conference but the United States agreed to recognize other countries' territories and to reduce naval arms only a small amount.  Though the United States realized that there was little need for a big navy if they planned on staying out of foreign affairs and remaining neutral, they had learned a lesson from World War I.  Neutral countries needed to be able to defend themselves well.  If you will recall, Germany had agreed to respect Belgium's neutrality, but they attacked them in World War I.  The U.S. was not going to take that chance.  So, they did reduce the amount of battleships in the navy, but replaced the battleships with cruisers. 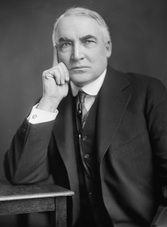 President Warren G. Harding
President Warren G. Harding passed an Emergency Tariff in May of 1921 to increase taxes on food imports, and in 1922 Congress passed the Fordney-McCumber Tariff.  The Fordney-McCumber Act which was the law that passed this tariff established the highest tariffs in history.  Some duties went up 400%!  The average increase was 40%.

The tariff was passed to protect American factories and farms.  The tariff increased the amount that foreign factory owners and farmers had to pay to sell their products in the U.S. This, in turn, increased the cost of foreign goods in America, because foreign factory owners and farmers would then have to charge people more for their goods in order to make a profit.  So, when presented with less expensive American made goods and expensive imported foreign goods, people would be more inclined to chose the cheaper, American made goods.

In the long run, the  Fordney-McCumber Act damaged the American economy, because other countries tried to get back at America by raising their duties on goods and stopping American exports. However, for the time being, America did not see this damage because the U.S. was a huge new world power, and there was plenty of demand at home.

As a class, we will discuss the questions.  You will answer these questions in your portfolio in PQA format.  An example portfolio entry is embedded below.

Lesson Mission:  I can explain American isolationism after World War I.

Lesson Reflection
(Explain American Isolationism after World War I in your own words.) 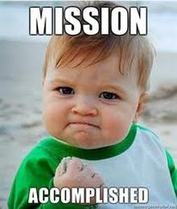 You have accomplished your mission after you have done the following.  If you are absent, you need to do the following to complete your missed work.
Click on any of the blue game titles to play that game.