​I can evaluate the consequences of the Teapot Dome Scandal.

Corruption is nature's way of restoring our faith in democracy.
~  Peter Ustinov

Leslie Miller
Another oilman and later to be Governor of Wyoming, Leslie Miller, became suspicious when he saw trucks with the Sinclair company logo hauling drilling equipment into the Teapot Dome naval petroleum reserve. He asked U.S. Sen. John B. Kendrick to look into the matter. Kendrick informed the Senate investigating committee.

HOW IT ALL WENT DOWN 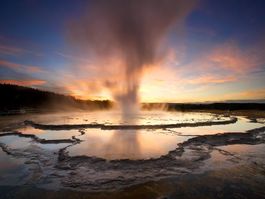 Great Fountain Geyser in Yellowstone
As the Senate Investigating committee looked into the matter, President Harding took a summer trip west.  He visited Yellowstone in Wyoming. He visited Alaska next.  Then he went to San Francisco, California.  While in San Francisco, the President died suddenly of a heart attack.  There was much speculation about how he died.  Some people believed he was poisoned.  Others believed he had a heart attack from stress - because he knew he was about to be involved in a big scandal. 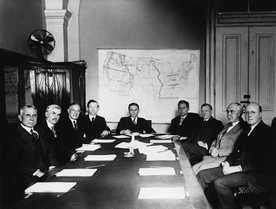 It was not long before the scandal came to light.  After a long Senate investigation, Albert Fall, was tried for accepting bribes. He was convicted and sent to federal prison.  Albert Fall was the first cabinet member in American history to go to jail for crimes committed while serving in office. 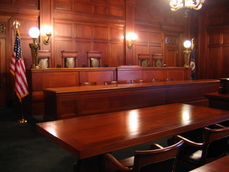 Sinclair and Doheny went to trial too.  The main charge against them was giving bribes.  They were both exonerated on this charge.  They did not get away with everything though.  Sinclair was sentenced to a 9-month prison term for jury tampering.  He hired detectives to follow members of the jury in his bribery trial and was caught. 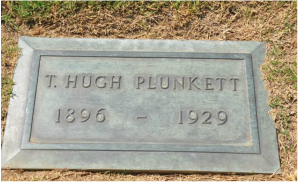 The grave marker of Theodore Hugh Plunkett
Doheny's fate was arguably worse.  It was believed that Edward Doheny had his son, Ned Doheny, deliver the bribe money to Albert Fall.  It was also believed that Theodore Hugh Plunkett, a boyhood friend of Ned's and now employee of the Doheny family went with him.  In 1929, Ned Doheny and Theodore Plunkett were indicted for bribery.  Plunked snapped.  He shot and killed Ned Doheny and then turned the gun on himself.  Edward Doheny moved away from others and died alone in 1935.

Directions:  The third thing you need to do is break down what you have read.  In this activity, we will watch the following two video clips as a class.  Then, in your small groups you will race against the other groups to recall any information about the Teapot Dome Scandal that you did not learn in today's reading.  Together you will have five minutes to compile a list.  The group who compiles the largest list without listing information that was in the reading is the winner. 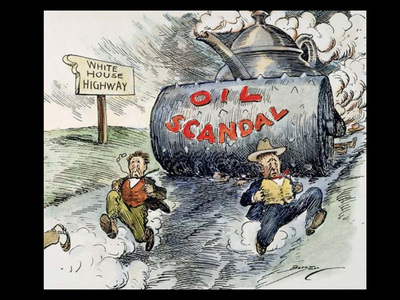 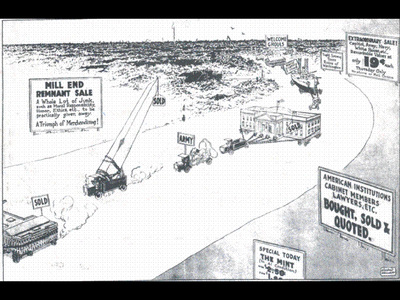 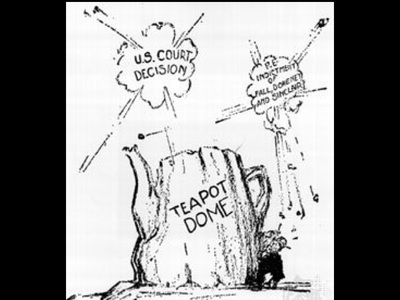 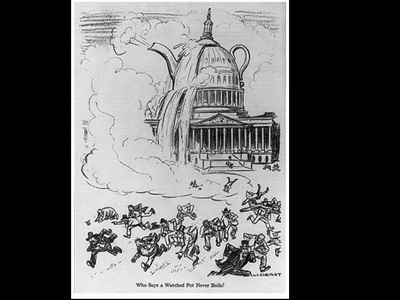 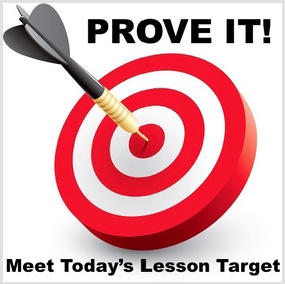