I can describe the Red Scare and explain its effects on Americans during the 1920s.

At the same time, other problems were coming to light. At war's end, industries struggled to find markets for their goods. Returning soldiers were hard put to find jobs. Wages and conditions went downhill. A wave of labor unrest hit the U.S. Workers in the vast shipyards of Seattle organized a strike. In all, some 60,000 workers walked off the job. 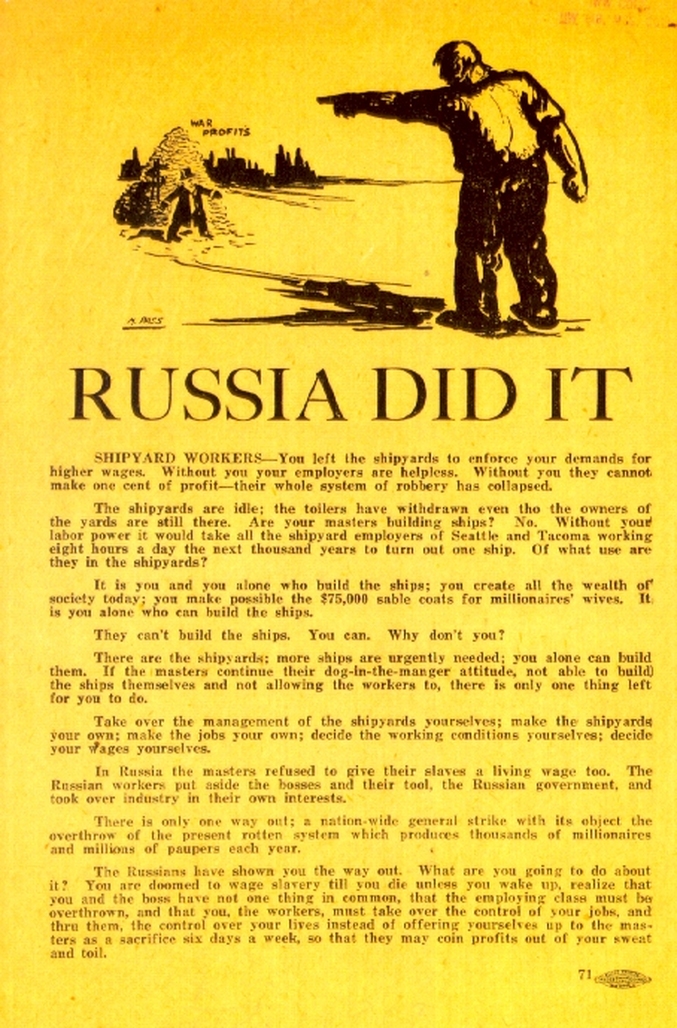 An IWW leaflet produced in Seattle during the General Strike.

National news reports branded the workers as "Reds." The papers predicted the fall of the city. The people of Seattle rushed to buy survival supplies. In the city and the nation, panic took hold. Thousands of police and federal troops were called out. In the end, labor leaders called off the strike. A short time later, a bomb plot was uncovered. Plans for the bombing of the home of Seattle's mayor were found before they could be carried out. 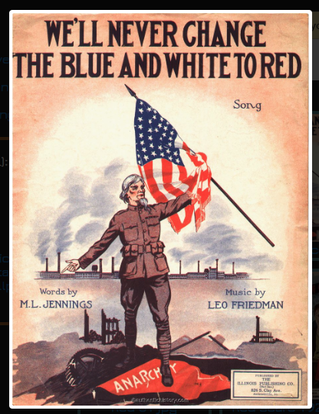 The events in Seattle influenced public feeling for months afterward. Any new attempt at labor organization was declared a "Red" plot. In fact, the slightest stir anywhere for any reason caused panic. Many people were stricken with fear. Would the violence of Europe become a way of life in America? Was the U.S. becoming another area of conflict? Where were the radicals hiding?  Where would they strike next?  Something must be done!

Suspicion spread like wild fire. People who had come to America from other places were viewed with distrust.  Anyone expressing the slightest tinge of discontent with the U.S. was suspect. Anyone leaning toward workers' rights was branded a radical. All were labeled communists or "Reds." The U.S. had plunged into a vast ocean of fear. The waters of this storm-tossed sea had a distinct color. They were "Red."

DIRECTIONS:  In this activity, we will discuss the answers to the following questions:

1.   What group started a Civil War in Russia during World War I?
2.   What are anarchists?
3.   Who were socialists?
4.   Who were communists?
5.   Why were socialists and communists called Reds?
6.   Who were the Wobblies?
7.   How did the events in Russia affect the American public?
8.   What was the public's reaction to the strike at the Seattle shipyards?
9.   How do you think the Red Scare might have contributed to U.S. efforts to stop mass immigration?
10.  Why do you think socialism and communism seemed like a good idea to members of the working class?

DIRECTIONS:  In this activity, your group will act as arbitrators in a debate between an employer and his workers who are members of the I.W.W.   Read both of their arguments.  How would you suggest that they settle their differences?  As a group decide what the employer should do differently and what the workers should do differently.  Write down your official plan and be ready to share it with the class.


The Arguments are embedded below: