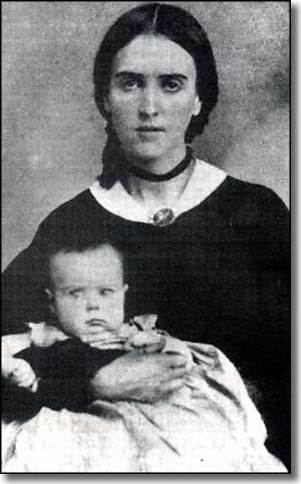 Josefa Carson and Kit Carson Jr.
Christopher (Kit) Carson was born in Madison County, Kentucky, on December 24, 1809. The family moved to Howard County, Missouri, when Carson was a child.

At the age of 14 Carson was apprenticed as a saddle maker in Franklin, Missouri. The following year he ran away and joined a group of people traveling to Sante Fe to.  Eventually he became a teamster for Robert McKnight at the Santa Rita copper mine in New Mexico.

He met, Tom Fitzpatrick, a famous mountain man, and over the next few years he worked as a trapper in the Rocky Mountains.  In 1835 Carson saved the life of Mark Head during a fight with a group of Blackfeet.  The following year he joined the Hudson Bay Company and in 1837 worked with James Bridger in Yellowstone.

Carson's first wife died after having his first two children.  His second wife was a Native American. Later he married Marie Josefa Jaramillo. Carson took his eldest daughter to school in Missouri. On the journey he met John Fremont, who had just surveyed the Des Moines River. The two men got on well and Fremont hired him as a guide at $150 a month.

In 1843, with Carson and Tom Fitzpatrick as his guides, Fremont's party followed the Cache de la Poudre River into the Laramie Mountains. He then crossed the Rocky Mountains via the South Pass and Green River. He then followed the Bear River until it reached the Great Salt Lake. 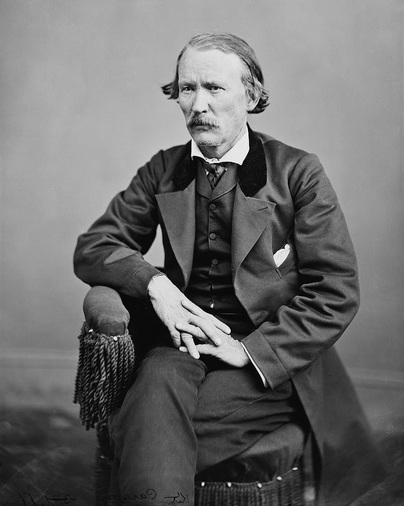 Portrait of Kit Carson in his older years
After spending time at Fort Hall he followed the Snake River past Fort Boise  to Fort Vancouver where he met John McLoughlin.  Fremont then turned south where he explored Klamath Lake and the Great Basin before making a midwinter crossing of the Sierra Nevada mountains and despite great hardships reached Sutter Fort.  Fremont and Carson eventually reached St. Louis on 6th August, 1844.

In 1845 Carson joined John Fremont at Bent's Fort for his third expedition. While this trip was taking place the Mexican War started. Fremont was given the rank of major in the United States Army and General Stephen Kearney persuaded Carson to work as his guide in his attempts to capture California.

Carson developed a sympathy for the plight of Native Americans and in March, 1854, he became an Indian agent in Taos. On the outbreak of the American Civil War Carson joined the Union Army. He was given the rank of colonel and commanded the 1st New Mexico Volunteers.

In 1849 Carson began farming at Raydo, New Mexico. He often left the farm to guide military parties. Carson also went trapping in the mountains and took sheep to California.

Carson was appointed superintendent of Indian Affairs for Colorado Territory in 1853. He held the post until 1861 when he resigned to become a colonel in the New Mexico Volunteer Infantry. After taking part in the battle of Valverde, he was promoted to Brigadier General. He led an expedition to Adobe Walls and in November 1864 he fought about 3,000 Kiowas, Comanches, and Arapahoes.

Kit Carson resigned from the army in November, 1867. He settled at Boggsville, Colorado, where he died on 23rd May, 1868.