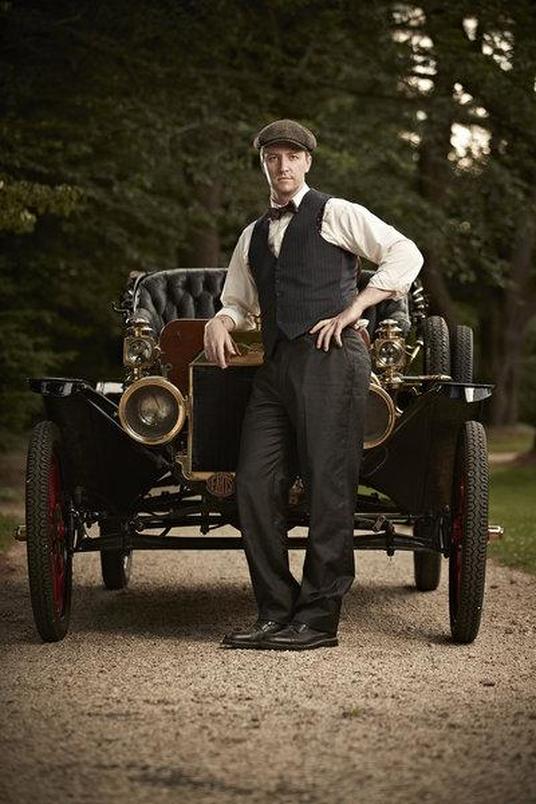 Directions:  Write the episode mission below in the "Episode Mission" box of your Episode 8 Lesson Chronicles. 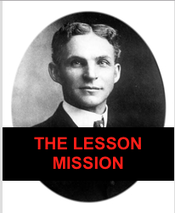 ​I can tell you the part that Henry Ford played in building America.

Directions:  Read the Episode 8 Overview below.
After McKinley is assassinated, Theodore Roosevelt becomes president and quickly passes a series of regulations increasing oversight of American business. Henry Ford devises the plan for a gas-powered car, and he launches the assembly line as an innovative method of production. He targets the middle class with his Model T and changes the landscape of America.

The Panama Canal opens up new trade routes. Rockefeller is put on trial for anti trust violations. He loses in court and his company, Standard Oil, is one of the first monopolies broken up by the U.S. government. J.P. Morgan helps to establish the FederalReserveandcementshislegacyasthefatherof modern capitalism. He and other big business leaders become major philanthropists. As the U.S. Army sets sail for Europe in World War I, one thing is clear...these men didn’t discover America, they built it.

Directions:  Write the vocabulary words and terms below in the "Vocabulary and Terms" box of your Episode 8 Lesson Chronicles.
blackmail:  the crime of threatening to tell secret information about someone unless the person being threatened gives you money or does what you want

capitalist:  a person who has a lot of money, property, etc., and who uses those things to produce more money

charges: the formal accusations made against someone in criminal court

chief executive:  the highest person in a company that is responsible for the way the business is operated and for how the business performs

Cleveland Massacre:  a three month period in 1872 when Standard Oil Company took over all competing oil refineries in Cleveland, Ohio

contested:  a point or issue that is disputed or argued
​
embody:  to represent something in a clear and obvious way or to be a symbol or example of something

emerged:  to come into being or to develop

enterprise:  a project or undertaking that is especially difficult, complicated, or risky

honorary title: a title or rank that usually does not hold any power given to someone as a reward or to honor someone for something

icon:  a person who is very successful and admired

ingenuity:  skill or cleverness that allows someone to solve problems or invent things

integrity:  the quality of being honest and fair

middleman:  a person who helps two people or groups to deal with and communicate with each other when they are not able or willing to do it themselves

philanthropy:  the practice of giving money and time to help make life better for other people

prominent:  someone who is important and well-known

relevant:  having purpose, importance or meaning

repercussion:  something usually bad or unpleasant that happens as a result of an action, statement, etc., and that usually affects people for a long time

robust:  something that is strong and healthy

royalties:  an amount of money that is paid to the original creator of a product, book, or piece of music based on how many copies have been sold

sophisticated:  having or showing a lot of experience and knowledge about the world

standardize:  to make the same

swath:  an long area of land that has been dug out

testimony:  something that someone says especially in a court of law while formally promising to tell the truth

utilitarian:  the belief that a morally good action is one that helps the greatest number of people

visionary:  a person who has clear ideas about what should happen or be done in the future

Directions:  While Watching Episode 8:  A New Machine, answer each of the following questions in the "Episode Guide" section of your Episode 8 Lesson Chronicles.  You should read one question ahead so that you are always listening for the answers you need.  If you are absent, you can view the Episode by clicking on the link below. 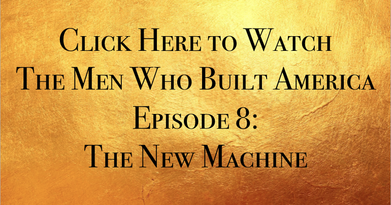 Directions:  After Watching Episode 8:  A New Machine, you will answer questions in the Multiple Choice Section of your Episode 8 Lesson Chronicles.

Directions:  There is no investigation activity for Episode 8.

END OF THE EPISODE 8 LESSON

Directions:  You have completed the Episode 8 Lesson of the Men Who Built America Project.  Click on the icon below to go back to the Project Homepage. 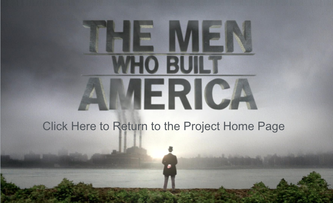