DAILY LIFE IN THE TRENCHES 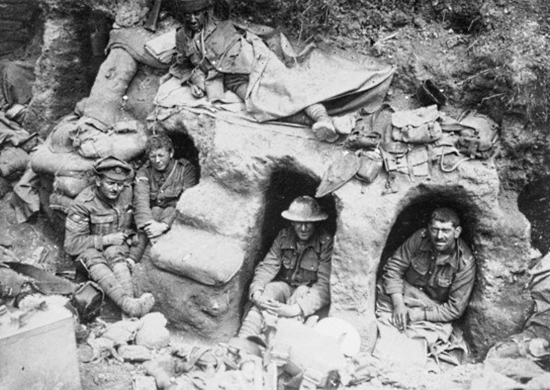 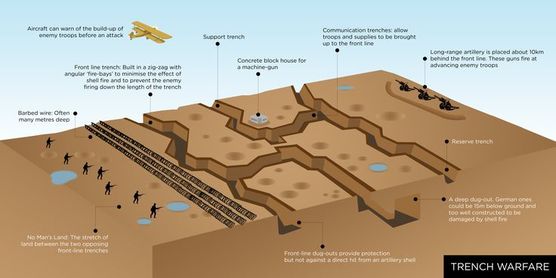 On the Western Front, the war was fought in trenches.  Trenches were long, narrow ditches dug into the ground where soldiers lived all day and night.  There were many lines of German trenches on one side and many lines of Allied trenches on the other.   In the middle, was no man's land, so-called because it did not belong to either army.  Soldiers crossed No Man's Land when they wanted to attack the other side.
​
LIFE IN THE TRENCHES 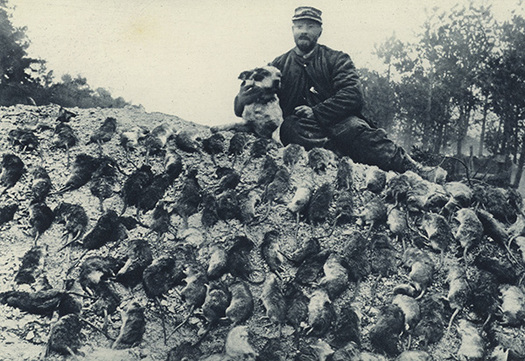 Some soldiers were assigned the duty of rat disposal - yuck!
The trenches could be very muddy and smelly. There were many dead bodies buried nearby and the latrines (toilets) sometimes overflowed into the trenches. Millions of rats infested the trenches and some grew as big as cats. There was also a big problem with lice that tormented the soldiers on a daily basis.
​
REST IN THE TRENCHES 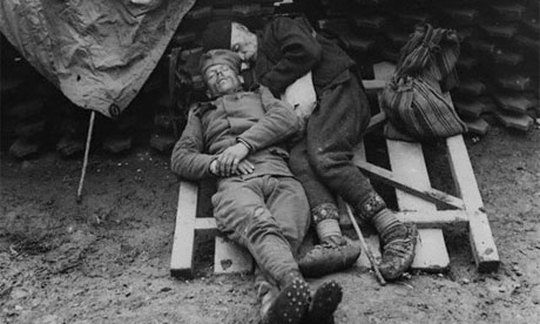 These soldiers have attempted to make a bed to keep themselves off of the wet ground
Soldiers in the trenches did not get much sleep. When they did, it was in the afternoon during daylight and at night only for an hour at a time. They were woken up at different times, either to complete one of their daily chores or to fight. During rest time, they wrote letters and sometimes played card games.
​
A TYPICAL DAY IN THE TRENCHES

A trench barber
​
A SOLDIER'S EQUIPMENT 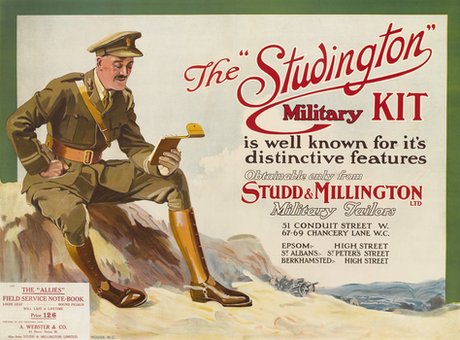 Each soldier had to carry a lot of equipment whilst out on the front line. These included: ​
FOOD IN THE TRENCHES 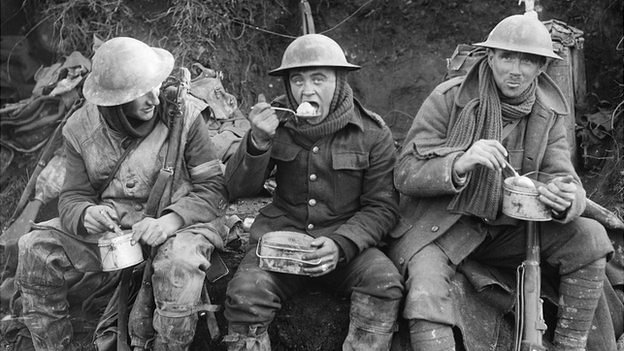 Even though food was very short in Britain during World War One, families often sent parcels to their fathers and brothers fighting at the front. The parcels contained presents of chocolate, cake, tobacco and tinned food.
At the beginning of the war, soldiers got just over one pound of meat, the same amount in bread and eight ounces of vegetables each day.  Some soldiers worked in field kitchens which were set up just behind the trenches to cook meals for the soldiers who were fighting.  By 1917 the official ration for the average British 'Tommy' was much smaller. Fresh meat was getting harder to come by and the ration was reduced to just 6 ounces of 'bully beef' (which we call corned beef today). Soldiers on the actual front line got even less meat and vegetables than this.  'Maconchie's meat stew' and hard biscuits was a meal that many soldiers ate.  Sadly, the meat was mostly fat. This, along with a shortage of fresh fruit and vegetables, was responsible for many soldiers to suffer from upset stomachs!
​
Letters Home 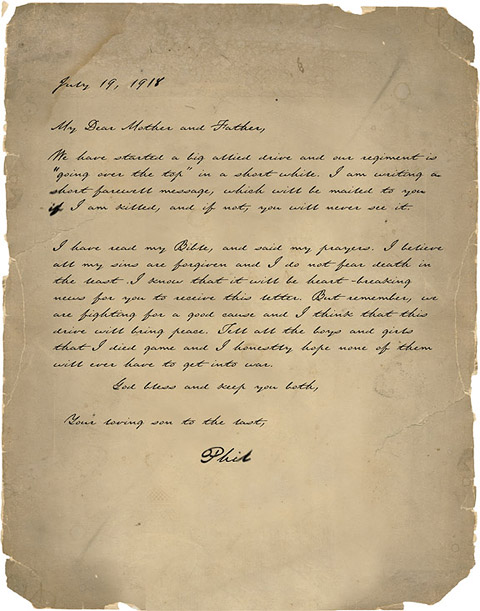 As well as the fighting and problems with health, one of the biggest issues that faced soldiers on the front line was homesickness.
Back to Life In the Trenches Center